One of the many complexities that the Khalani language presents us is that, although we have a good number of attested words, we do not have the meaning of most of them or any indication as to what the phrase as a whole means. Not only that, but most of the phrases have been tentatively written and in fact we have some divergencies as to how to write some of them, the most famous being "Khassar De'Templari" which is actually spelt in two different ways:


So as you can see not even the same game gives the same sentence. Are there 2 words? 3 words? 2 words and a preposition/particle? One particular objection to this phrase is that it includes the word "templari" which is tempting to translate "Templar", but is this even the case? How could the native term for the templar caste be in Khalani the same as the "translation" into Human and even mean more or less the same? The Protoss have been given names and terms reminiscent of religious fanatics (zealot, templar) and others taken from latin terms (judicator, executor) to make it sound more "religious" or "inquisitional". So is this even a valid word?

As we can see the transcriptions are merely attempts at transcribing the sentences used in the game, we do not know the actual official wording. It has been said that Blizzard keeps a dictionary with the Khalani words and terms, if this is so shouldn't there be a more coherent rendering of the words? I think the "dictionary" is mostly used for one or two words and mostly for names, as it has been said in an interview that Blizzard puts great detail into the naming of the Protoss.

About the translated words

Of all the sentences and phrases we have only 18 are "translated". Why do I say "translated"? Because these have only been translated in novels and authors could have been making attempts at translations as any of us might with the same restrictions. I always toyed with the idea that being an official Blizzard novel may be they have been giving information from the legendary dictionary, but this doesn't seem to really be the case. We have words such as "Adun Toridas" translated in the novels which might be such a case, but then we have a word like "Alys'aril" which doesn't fit the pattern of words used in the games or "zagatir" which is a very uncommon word for the rest of the corpus. Yet I have been assuming they might have more information than us and therefore their translations have been my guide most of the time.

Maybe Blizzard is more interested in the names of the Protoss than the words themselves and that'd be why we find such a divergence. In any case if we are to follow the translations we have approximately a corpus of 28 - 30 words and that's it, everything else has to be assumed. I've been careful enough not to rush anything because I want the language resulting to be as good as it can get, and also I've been carefully using the translated words to attempt the translation of the others. We might not know what "Oranj Istal!" means, but phrases like "Khas arashad" and "Khas naradakh" seem to incorporate "Khas" he name of that great Protoss who created the Khala. Then again, this might be a slip or mistake on the part of them, and maybe has nothing to do with Khas but rather has a relation to the "Khassar" which I previously mentioned. The first theory allows us to advance further on, the second one... well... we'd be back to square one.

As the project goes on many more choices will arise and will have to be decided for the sake of coherence and formalization of the language. I hope you are all looking forward to this and endorse the decisions that will have to be made.

Arassar Shelak
En Taro Khas! I salute all those who come in peace seeking for knowledge, may Adun watch over all of you! Grammarian Arassar of the Shelak tribe bids you welcome. 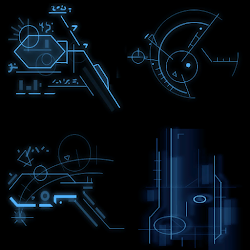